Home » Just Stuff » What’s in a name? Choosing a Name for Your Fictional Character

Melissa Janda - A Time to Write 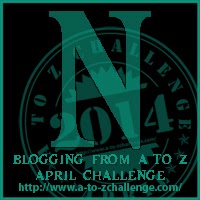 N is for Name

“What’s in a name? That which we call a rose by any other name would smell as sweet.” ~ William Shakespeare

“I read in a book once that a rose by any other name would smell as sweet, but I’ve never been able to believe it. I don’t believe a rose would be as nice if it was called a thistle or a skunk cabbage.” ~ L.M. Montgomery, Anne of Green Gables

What do you think? Does the name matter that much?

J.K. Rowling was a genius at naming fictional characters. Let’s look at a few:

The names are unique, so they make a lasting impression, but it’s also interesting to note that the meaning of the names fit the role of the characters.