Do you know that Australia is the only continent without active volcanoes?

Oh. And the glue on Israeli postage stamps is certified kosher. Nice. 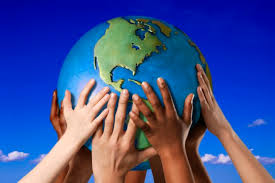 In a digital world, where content is turned into 1s and 0s, piracy has become an issue. As a consumer, one often reads about Warner Brothers or other studios “cracking down” on movie pirates, or music thieves. But how often does the average reader see anything about book piracy?

Before I was an author, I didn’t know book piracy existed. Sure, I knew there were places to “steal” movies, and TV, but it never occurred to me that there were people – or websites – stealing books. yet Piracy accounts for at least 12% of ebooks in the United States alone.  I’d bet that there are plenty of other readers (and maybe even authors) as naive as I was, people who have no idea that downloading that “free” PDF of a novel is stealing. To raise awareness of the book piracy epidemic, Maegan Provan is organizing an Authors Against Piracy…

My zombie book-loving friends: here’s a new one for you! Sounds like a good read.

Whereas the characters in The Walking Dead get all sullen and existential when they run low on food, the degenerates in Richard Johnson’s novel say fuck it, let’s pound beers and eat cat food.

Sadly, for me and my friends, this is a very real possibility with or without the apocalypse.

Charlie is their de facto leader. He’s substitute teacher who sets the tone at the beginning of the novel when, like the petty drunk he is, he purposely fails a first grader for pissing him off while sipping on a rum and coke.

My kind of guy.

The rest of the cast consists of a racist cop, a pervert, a foreigner, everybody’s hated white trash conservative uncle, a closeted gay guy who endures homophobic slurs from his buddies (until they find out he really…

We’ve broken the 2,000 author-signed books in and I’m quite excited. The books themselves have been trickling in at a much slower pace. I’m confident more people will share the event page and especially the permanent page and get more authors involved.

Remember… the event itself might technically last until May 1st but I won’t stop collecting books for the year… last year 2,500 books came in the first 4 months and another 500 the rest of the year. Great numbers. I’d still like to beat them both this year if possible.

One great thing has already happened… with so many #ASOT2015 shirt sales and generous donations coming in, we will have more than enough money in the coffers to pay for at least 3,500 books! I want to thank everyone who has helped make this possible, and so quickly.

Wrong deeds
smolder beneath the ashes
until their heat
kindles a great fire
of destruction.
That which seems to give
comfortable warmth
can explode into consuming fire.

Be careful where you
warm your hands.

Do you know that a grouping of kangaroos is called a mob? … (Yes, really.)

Do you know that a grouping of kangaroos with cameras is called a flash mob? … (Not, not really!)

The first statement is true, the second is just witty! 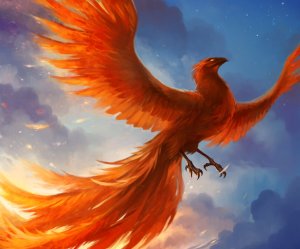