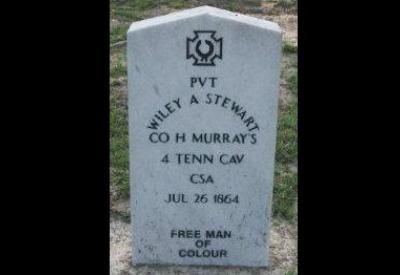 This song makes an appearance in a scene in one of my novels, Angel Maker. Are you old enough to remember this one?… 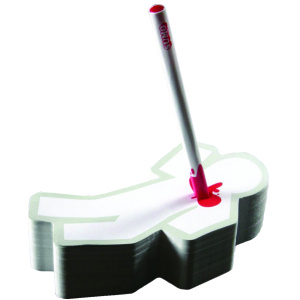 Has that ever happened to you? Have you ever looked at a pile of your own manuscript sitting there, just minding its own business as it has for an undocumented amount of time, and you hate it? Just the thought of flipping through it makes you want to vomit. Or leave the house?

Maybe you’ve got a bunch of work saved on your hard drive, flash drive, or in Drop Box – or some other “cloud” archive, and the thought of opening it and looking at even the title of one or more of that crap makes you want to drink vodka. Have you experienced that?

Okay, so, those are extreme. (Maybe for you, but not for me.)

I had been going like mad. Muse was hitting me with ideas and storylines and character development like she was hurling mud pies at me. I had all I could do to keep up…or duck. You all know what mud pies are? I don’t think there’s a place in the world where anyone under the age of, maybe 35, isn’t familiar with a mud pie. But one cannot be sure. I’m sure. Haha.

Anyway, so there we were – her and I, just plugging along. A new idea, a new chapter. An old idea, a few new paragraphs. My notebook is half full of ideas and all the juicy things that go with them. Oh yes, a mile a minute.
Then, nothing. A few months ago, I hit a brick wall. No, I did not get writer’s block. It wasn’t even procrastination. It was plain old, bonafide….something. Something bad. Laziness is wrong. Maybe it was something more like depression, but that’s not really accurate either. I just stopped. I had just got finished writing a line and stopped for the day. I saved everything, turned off the computer, and that was it. That was all I wrote.

Oh, I tried a few things. Tried to look at stuff. Then my own writing made me sick. I hated it. I came so close to deleting months, even years of work. But I couldn’t do it. I would imagine myself printing everything out and burning it in the street.

Then I went numb and found myself just doing nothing. And the truth is I did not give one stinky hoot. Really. I was like, “Yay! I’m free! No more writing.” Oh boy. Then I’d get upset and feel guilty.

Then it set in hard. This depression-like feeling. And as silly as it sounds, I didn’t relate it to my writing. I mean, my lack thereof. Months went by. In fact, much of this year has gone by and my writing has just been lying around dormant for most of the months that have passed.

I started Chicago Down. Then, I worked on Angel Maker. Then I started slacking. Then some odd tale with no name came into my mind. I wrote 3,000 words then stopped again. I really did as I said. I shut down the computer and never did anything else.

Starting around the Independence Day weekend, I started thinking about myself. Not in a narcissistic kind of way. Just about my past in general. I always felt I had some talent lurking somewhere. Ever since I was a kid. Talent for writing fiction. I also had interest in directing movies or making music videos. I went to broadcasting school in my early twenties. Many people don’t know that. I think I would have made a good deejay.

I thought I’d make a great this or that throughout my lifetime. Unfortunately, I never tried a great many of those things. There were some I did try, but didn’t take them far enough to even glimpse a result.

Starting and finishing my book, Someday Always Comes, was a great accomplishment for me where my interests lie. But now it sits on a virtual Amazon shelf over two years after publication all alone. My very own love, my pride and joy. My very own Gone with the Wind. I didn’t know what to do with it. I’m broken-hearted about it. How can I revive it?

I’ve been considering other authors I’m familiar with, whose growth I have witnessed in the world of writing and publishing, and public relations, etc. I’ve been bearing in mind what they’ve been doing and how they accomplish what they do or what they have in the past. Then I was thinking about myself with those things in mind.

I think I got ho-hummed over my failure to promote, or to know how to promote, Someday Always Comes. I feel the story is worth reading. Really, I do. I caused its failure. That makes me sad. And, to go a step further, I did not know how to redeem it after interest dropped. More and more time went by and then I just gave up, citing the book is too old to revive. But after thinking about others that I know have talent – and how they succeeded, or at least keep an active voice in the publishing and self-publishing worlds, I see my awful, passive mistakes. I knew they were there all along. I did. I knew. I just refused to look because I might feel even worse than I had been previously.

But after looking at my work – all this work lying around on the floor, on flash drives, just all around, I did not feel worse. Sure, I felt brainless while milling it over. Then I thought, “Why are you crying over spilled milk when there’s more in the refrigerator? Here’s a towel – clean it up, Silly!”

Yes, I talk to myself like that often. But don’t overlook the whole point. Or even half of the point. I knew immediately that I had to stop this. I’ve been doing this crap most of my adult life: being negative toward myself and giving up on my projects; my interests. I’ve also found that when those closest to me do not care about my projects, or support me, I give up on them more quickly. I find my excitement fizzles out. I get a “No one cares. So who cares anymore? Not me,” attitude and I stop working the project, and even stop talking about it or other ideas.

I often long for other writers to talk to about my work. But I don’t know anyone personally, here in the same area. I don’t even know if I can be active member of any physical writing group. I have this phobia about my work. I really do. I know some of you do too. How do you get past the fear of sharing your unfinished work and it being stolen. Yeah, like someone wants to steal from me. Actually, the truth is, I had something stolen from me once many, many years ago. I guess the experience still makes me uneasy.

Ok. So no one cares. My sister doesn’t care. My brother doesn’t care. My niece doesn’t care. My mom, now she is always ready to listen to me. She doesn’t read anymore, but she likes me to read my work to her. When I read it, she “hears” my mistakes or any odd language or sentences. She’s always been a great help. But I have no one else to support me. Or anyone to talk to about what I do. And the sad thing is, they just do not care. My family situation is a blog for another day. In truth, it doesn’t surprise me one bit that I do not get support from them.

But wait. What the hell? No one cares? Some do. My readers do. They’ve said so. It’s been helpful to have their support and to have people that show curiosity. I admit that. But, hell. I care too. Fuck all those who are born to care due to their role in my life. If they do not give a damn enough about me or my work to read my book, screw it! I care about it. My 20 fans and readers care. I have a few friends that care.

The writing. It’s what is mine. And guess what my family of uncaring meanies, I do have fans. A few prized diamonds in the rough, they are. My small bundle of joy. I have a coworker who read Someday Always Comes, and I share my other work with her. She gives me nothing but praise. She has passed my book all around the office. She tells everyone that I am a great writer. I love it. Yes, yes I do. Even if she is stretching the truth a bit, it’s okay.

Support from family, friends, even coworkers means everything. However, with all the ups and downs – like mine…family doesn’t care, coworkers do care…I think as writers we should pick and choose our support – not the other way around. What I mean is, we need to seek it out. If we just stand around waiting for it…we’d be waiting for ages. I took a chance on telling a coworker who reads a lot about my book. She’s an avid reader and has given me overwhelming feedback. See? I would not have gotten a new fan and great feedback if I didn’t take a chance on her. Seek it. Don’t wait for it to find you.

Suddenly, I feel revived. I feel my accomplishments like I never had in the past. I feel all those half-finished manuscripts calling me. I feel the readers waiting for them. I do, I feel it. Can you feel it?

Poems that rhyme leave me cold
I long for words that are more bold
Give me tales full of dare
Grand knights of old and ladies fair
Battles won, feasts and laughter
stories that end, “happily ever after.”

I live in a make-believe world
people laugh at my game.
I’ve stripped away borders of reality
and walk between worlds
of fantasy layered with insanity.
Please do not cure me
save or redeem me
for I suffer not in this bliss
while you, locked in “science and truth”
live desperate lives filled with fear
telling me I’m crazy
while you drown in reality.

I do a lot of stuff. Actually too much stuff but I am totally woking on that saying “No” thing. Hey, I’m getting there. Two days ago I finally earned my fourth stripe on my white belt in Brazilian Jiu Jitsu. For those who don’t know, in BJJ, you are a white belt forever. It takes anywhere from a year to a year and a half to earn a blue belt. My next level is blue belt and I am stoked.

In BJJ, the blue belt is almost as big of a deal as black belt because most people never get that far.

But I have never loved anyone as much as a drug addict loves drugs. To an addict, the drug is more important than anyone or anything else in their life.

If the cops show up at my door, the first thing I think is, “What the fuck?” But the first thing an addict thinks about is what do with the drugs. Hide them? Use them? Flush them?

Addicts go around taking pictures of your shit, then text them to their dealer and ask how much in drugs they get for it. If the price is right, they’ll steal your shit. If not, they may steal your shit anyway and pawn it.